PRODUCE
WALL FRAMING
The wall framing system is composed by a load bearing framework with glulam pillars of spruce placed at close distance from each other, generally 60/70 cm. The framework is then cladded with panels, such as OSB, in order to form a plate. The load bearing wall has got structural functions; the pillars take up the horizontal forces while the cladding panels take up the loads acting on the plate as stiffening element. The façade cladding is made outside the walls.
Standard features 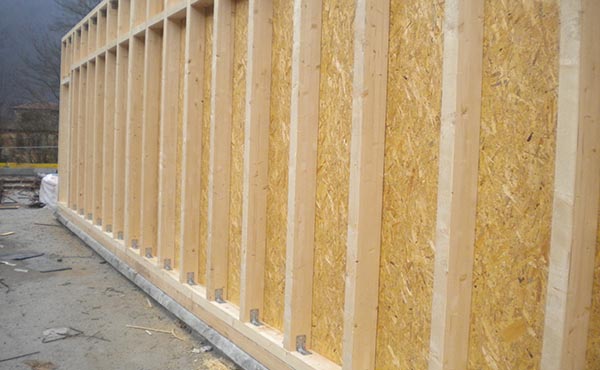 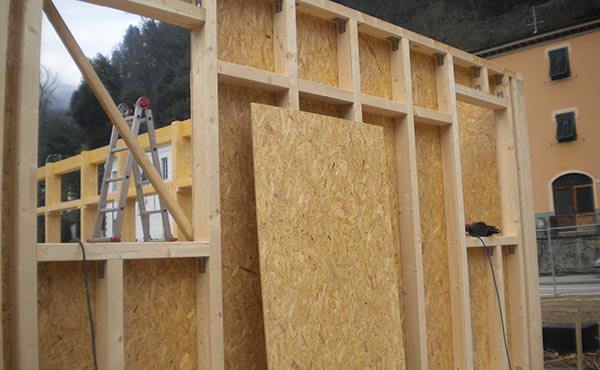 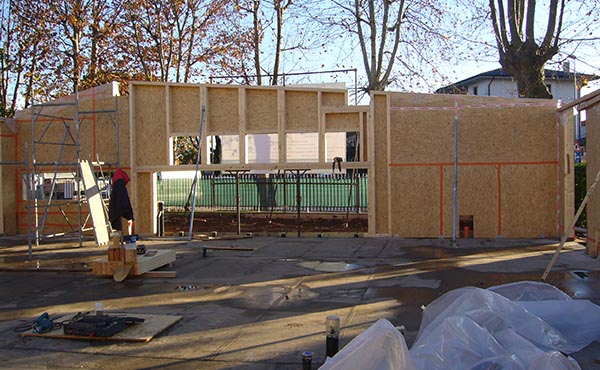